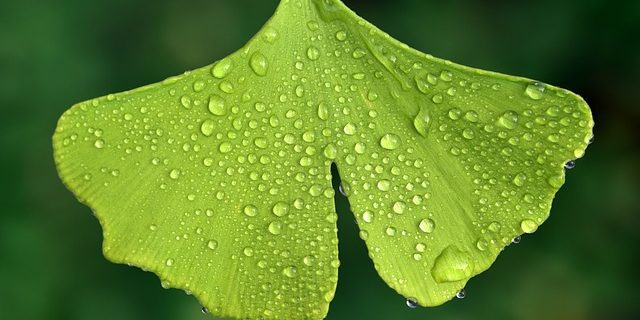 Today’s consumers have a heightened awareness of diet and lifestyle and are more health conscious than ever. Supplements fly off the shelves, as men and women struggle to improve their health and longevity. Across the planet, vitamin A, selenium, zinc, and lycopene sell like lemonade in the Sahara. There are a myriad of supplement choices. Of these, Ginkgo Biloba is one of the most readily available, frequently studied, and popular.

Ginkgo Biloba is an antioxidant that reduces instances of free radicals in the blood. Derived from the leaves of a tree bearing the same name, Ginkgo has been used in Chinese Medicine for centuries and is thought to have curative capabilities. Today, the understanding is that ginkgo increases blood flow to the brain, improves oxygen utilization, and strengthens other mental faculties. It has been proposed to treat depression in the elderly and enhance long distance vision. It may even help repair retinal damage.

Ginkgo has been found to bolster the attention span of healthy young adults. As reported by a study conducted through the University of Northumbria at Newcastle, both speed of performance and quality of memory factors were temporarily improved after taking Ginkgo Biloba extract versus a placebo.   These finding are supported by past research with comparable conclusions. *

According to the Mayo Clinic, there is good scientific evidence that Ginkgo aids in the treatment of dementia, schizophrenia, generalized anxiety disorder, and cerebral insufficiency. While it is true the Mayo Clinic believes additional investigation is needed to identify the extent that ginkgo benefits the body, the evidence thus far is promising. **

Other suggested uses for Ginkgo are as a remedy for altitude sickness, multiple sclerosis, tinnitus, and depression. The promise of reduced blood pressure and improved autism behaviors are encouraging, but more research is warranted. It is recommended that anyone considering adding Ginkgo to his or her diet begin with low doses. Ginkgo Biloba can be found in most major stores as a capsule supplement or as a mildly sweet herbal tea.
[sm_smaios_colorbutton color=”orange” size=”medium” type=”rounded” target=”_blank” url=”http://www.smileherb.biz/product-p/426230.htm”]I want Ginkgo![/sm_smaios_colorbutton]