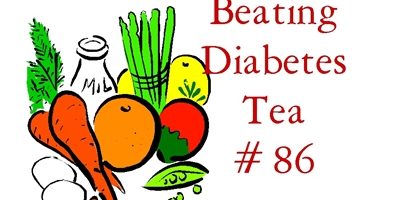 According to the American Diabetes Association, over 25 million American children and adults have diabetes and another 79 million are in the pre-diabetes stage. To help reduce symptoms associated with diabetes, such as frequent urination, increased thirst, hunger, fatigue and irritability, try incorporating a few of these medicinal herbs into your diet.

Smile Herb Shop’s Beating Diabetes Tea, formulated by our very own herbalists, contains all of the following herbs known to help balance blood sugar and support the body.

Gymnema, also known as GS4, is an herbal supplement that is gaining a lot of popularity among people with diabetes. This herb grows in the dry forests of India and was first used as treatment for diabetes over 2,000 years ago. When this plant leaf touches your tongue it stops you from tasting sugar and blocks the absorption of sugar in the intestines.

Blueberry leaves – Research suggests that consuming blueberry leaf 2-3 times per day for over 1 month can have positive health benefits that result in the lowering of blood sugar.

Ginkgo can also help lower blood sugar levels by stimulating the pancreas to increase secretion of the hormone insulin.

Hawthorn – On June 1, 2006, the very first randomized controlled trial demonstrated that hawthorn had a positive effect on hypertension in patients with diabetes taking medication.

Dandelion is full of vitamins A, B, C, and D, as well as minerals, such as iron, potassium, and zinc. In Europe, dandelion has been used for centuries to treat diabetes as well as fever, boils and eye problems. It may lower blood sugar levels.

Cinnamon has been thought to improve lipids and blood glucose levels of those with Type 2 Diabetes.

Cloves contain high amounts of antioxidants and polyphenols, which are effective for reducing inflammation. Cloves have also been proven effective in lowering glucose levels.