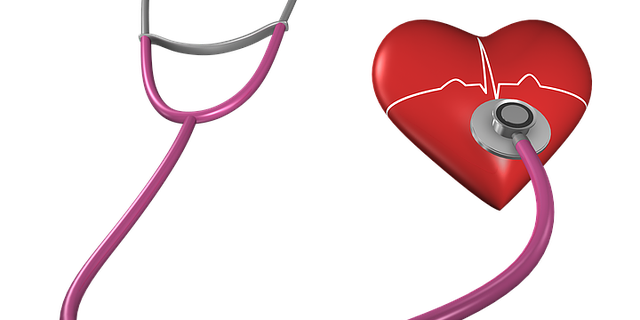 An Example of Current Herbal Understanding in One Major Chronic Illness

Globally, nearly one billion people have high blood pressure (hypertension); of these, two-thirds are in developing countries. Hypertension is one of the most important causes of premature death worldwide and the problem is growing; in 2025, an estimated 1.56 billion adults will be living with hypertension (High Blood Pressure). Hypertension kills nearly 8 million people every year, worldwide.

It is a striking fact that hypertension is not found in unacculturated societies nor does the blood pressure rise with age as occurs in all “civilized” populations. Obviously, there must be some environmental factor which accounts for the difference. An absence of hypertension and a failure of the blood pressure to rise with age have been observed in unacculturated populations from widely different parts of the world

Heart disease and stroke are among the nation’s leading causes of death and major causes of disability, and these conditions can be expected to increase sharply as this country’s “baby boom” generation ages. Yet these conditions are largely preventable. As expressed in the Steps to a Healthier US initiative from Secretary of Health and Human Services Tommy G. Thompson, the long–term solution for our nation’s health care crisis requires embracing prevention as the first step. To reverse the epidemic of heart disease and stroke through increasingly effective prevention, action is needed now.

In October 2011, the Washington Post reported that our teeming world reached a milestone in population when for the first time the population reached 7 billion people. So readers of Pathways is it not appropriate to call High Blood Pressure an epidemic since as the World Health Organization reported in 2010 1.56 billion folks of the 7 billion will soon be “living with High Blood Pressure. What say thee Friends, do 1.56 billion people, being ill, which is 23% of the folks on the planet deserve to be called an epidemic? Please come with me on an herbal exploration of this epidemic condition and a meditation on the fact that the condition is not found in so called primitive or unacculturated societies. This whole thing reminds me of an anecdote in the life of Mahatma Gandhi. When asked the question “What do you think of Western Civilization” Gandhi replied “I think it would be a good idea”.

First, a warning to readers who are used to my herb filled articles…this one has more statistics filled than usual…Quick if you don’t want to do a meditation on logic-based facts and figures skip to the herb section at the end of the article now because a series of quoted research numbers starts in the next paragraph.

Before we consider the specific herbs that help reduce the pressure, bear with me quoting scientific journals and meditate with me on the amazingly underreported fact that Edward Freis (the grandfather and foremost pioneer in western science’s approach to High Blood Pressure) found out this disease is completely absent in many civilizations. Please let me repeat that completely absent part. No really!!!!! COMPLETELY ABSENT.  Please meditate for two minutes on the implication of the following fact from the most recent Joint National Commission on Hypertension that sets the standards and defines the drug based treatment of High Blood Pressure in the USA. Then meditate for two minutes on the list of seven different “uncivilized” societies that have zero incidence of the disease. See if you agree with Herbal Tom that this condition screams out for a new treatment paradigm based on prevention.

Hypertension (High Blood Pressure) occurs in more than two-thirds of individuals after age 65.  This is also the population with the lowest rates of Blood Pressure control.

It is a striking fact that hypertension is not found in unacculturated societies nor does the blood pressure rise with age as occurs in all “civilized” populations. Obviously, there must be some environmental factor which accounts for the difference. The evidence suggests that it is a low intake of salt which accounts for the virtual absence of hypertension among primitive peoples. An absence of hypertension and a failure of the blood pressure to rise with age has been observed in unacculturated populations from widely different parts of the world including New Guinea.” the highlands of Malaysia,” the Easter Islands, the Amazon Basin.” the San Blas Islands of Panama,” rural Uganda,‘ and the Kalahari Desert of Africa. The desert living Kalahari Bushmen were free of two  major infectious diseases and were in physically excellent condition, being able to run for long distances in pursuit of game. Inhabitants of some of the more remote South Pacific islands such as Pukapuka in the Cook Islands or the Easter Islands also were in excellent health and had little or no hypertension.

Edward Freis: Salt Volume and the Treatment of Hypertension 1956

So two healing questions come to mind in the effective herbal treatment of High Blood Pressure:

What shift is needed in our ineffective paradigm that will be sufficient to prevent this “silent killer” we call High Blood Pressure?

What are the specific herbs to begin our reversal of this condition?

The shift needed is simply put to take into consideration the environment internally and externally of the entire person who suffers from Hypertension. Matching the different natures of  us humans to the different natures of the plants is where the more effective healing lies. Ayurveda is my choice of ways to accomplish this better healing. The first herbal I would use to start this process is a combination named Triphala. Triphala, which can safely be taken on a daily basis, is designed to reduce an excess of all three elements in Ayurveda Fire, Air and Water/Earth. Treating all three aspects of digestion with Triphala is a great way to begin to bring the balance back using herbs designed to work together in a way that creates more healing than the individual herbs would hold alone.

Last week a representative of the Gaia Herb Company from North Carolina shared with me that their research is clearly showing that different herbs mixed in the proper relationship in the manufacturing process show spikes in Liquid Chromatography that are more than the sum of the individual herbs. This is another example of the improved clinical result that comes from mixing the herbs together taking into account their different natures. Here is a quote from Dr. King about disconnected aspects coming into a harmonious whole which is a perfect way to describe what happens in Hypertension when you get the herbs right.

Whether we call it an unconscious process, an impersonal Brahman, or a Personal Being of matchless power and infinite love, there is a creative force in this universe that works to bring the disconnected aspects of reality into a harmonious whole”

First a few words on what 36 years of herbalism tells me is the  paradigm shift needed to approach this opportunity to show the effectiveness of a more balanced approach to health based in prevention. In 1994 David Hoffmann, Jim Duke, Leonard Wisneski, Anil Patel, and I proposed a study to NIH for treating stage one hypertension (High Blood Pressure) with two herbs (Garlic and Hawthorn). This work was so well received that I presented it along with Peter Scuccimari, an Italian physician, to The Society of Teachers of Family Medicine in Atlanta in 1995. We presented to these Docs the evidence that Garlic and Hawthorn  have been shown in multiple (over 300 actually) studies to reduce diastolic blood pressure an average of 8 points over a 6 month period. So the first thing needed is a fair study of the effect of herbal prevention on the development of the disease.

Secondly, my clinical experience with the disease show me overwhelmingly that when we take into account the different cause of the pressure from an Ayurvedic perspective our ability to be effective with herbal medicine increase dramatically. The intuitive logic of this approach can be briefly summarized as follows.

High Blood Pressure is predominately caused by an excess of the element of fire in the physical body. Fire is hot and builds up pressure if it cannot be released in a healthy manner. Treating the digestive system for the excess fire is a great place to start in treating High Blood Pressure. However, my experience in clinical herbalism has taught me that treating Hypertension according to the specific element causing it is way more effective. If a pot of water is on the stove there are three ways to reduce the pressure building up too high, let the air out (Vata approach), reduce the heat (Pitta approach), or reduce the volume of water (Kapha approach). Western science first treats just about everybody’s high blood pressure with diuretics which reduce the water by making you pee. There are herbs that do this like Dandelion (Taraxacum officinalis), Buchu, Cleavers, and Yarrow (Alchillea millefolium), but in treating the elements or Pranas, the first approach herbally depends on the nature of the person using the above example of the pot of water on the stove. So in summary the new approach needed is to treat the pressure differently according to the cause of the excess pressure. The following herbs are the beginning of this approach. The first recipe is from a Scottish Herbalist named David Hoffmann who was one of the team members in our National Institute of Health study in 1994.

David’s recipe of five herbs for high blood pressure has in my experience proven effective for about 50% of the people who take it even without treating people according to their personal nature (dosha). The five herbs follow and are available in tea form, in capsules and in tinctures. Hawthorne the most important one is now available in two great new and convenient forms as a syrup form the Flora company and as a jam form the Herbalist and Alchemist company.

Finally, a quote in the most quote filled article I have done in my 20 years as The Herb Corner that is an admission from our leaders in medical thought that our current approach not doing the best job in treating High Blood Pressure. I teach classes in herbal High Blood Pressure Management, and am starting a group called PATH…the People for the Alternative Treatment of High Blood Pressure. Keep in touch, this painful situation is not going away anytime soon.

Interventions with the greatest impact on the population as a whole are those applied in the earliest phases of Cardiovascular Disease (CVD) development. To treat victims of heart disease, stroke, or other cardiovascular conditions is clearly to intervene late in the disease process. For those who die suddenly without warning, it is too late to have any benefit. Today, only a few cents per person per year are invested in the most far-reaching intervention approaches, whereas thousands of dollars per person per year are spent in efforts to treat established risk factors, rescue the victims of acute events, restore function and reduce risk for recurrent events among survivors, and provide end-of-life care. There is a need and opportunity to support a continuum of care, from the whole population to the individual victims of CVD, but we as a nation are not doing so.

Immunity for the Fall…Herbs and Other Allies
September 6, 2019

Melancholy, Depression, and How Energetic Herbalism Can Help
February 27, 2019