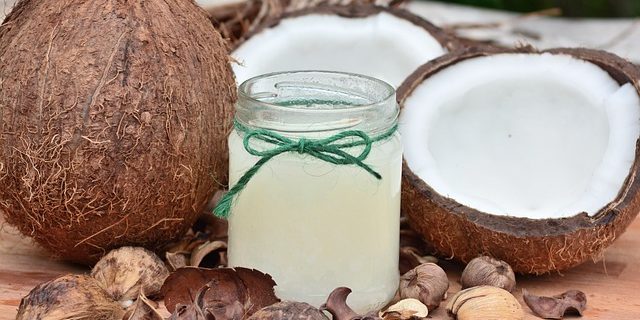 Coconut oil has long been used to lower cholesterol and improve memory. New studies conducted in Ireland on the use of coconut oil on the bacteria responsible for tooth decay show that the oil inhibits the growth of the bacteria and, in some cases, even reverse tooth decay making it a good choice as a toothpaste substitute.

Pure coconut oil has no harmful or unnatural chemicals or fluoride making it an ideal choice for those who are especially sensitive to toxins. Because coconut oil contains no foaming agents, it does not inhibit taste buds and allows the user to eat and drink right after brushing with no change to the taste of the food or beverage. Pure coconut oil can even be used on the teeth of dogs and cats.

Combine coconut oil with baking soda, bentonite clay and a favorite essential oil for flavor to form a paste which can be used on a toothbrush for a pearly-white sheen. Brushing the tongue with coconut oil cuts down on the fungus known as thrush. Swishing the oil around the mouth and through the teeth for as little as five minutes pulls out cavity-causing bacteria and other debris leaving the user with a mouth that feels and smells clean, though the oil should not be gargled or swallowed.

This method, called oil pulling, is used in India to strengthen teeth and gums and to prevent bleeding gums. Massaging coconut oil into the gums reduces plaque as well as decay-causing bacteria.

Populations that use or eat a lot of coconut tend to have lower rates of heart disease than most first-world nations. Increasing one’s use of coconut can improve memory, nourish skin, and clean teeth. Why not try some today?