Herbs for the Lungs, Part II 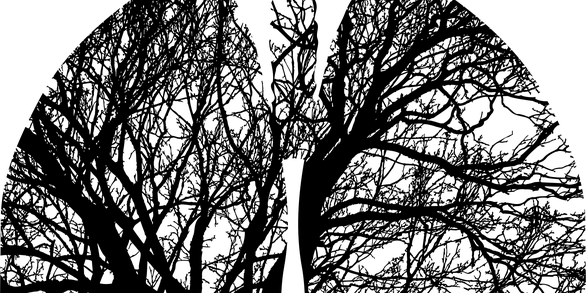 Herbs for the Lungs, Part II

Many of us love the changing of the seasons, and we can’t wait to get outside when the temperatures start to warm up. But it’s during seasonal changes that we are especially vulnerable to respiratory infections. Here are just a few more herbs that can help. These herbs can lessen our respiratory suffering when we’re sick and increase healthy lung function when we’re not.

Some longtime Smilers will already know this Yarrow success story: Tom Wolfe (the owner of Smile Herb) came to the shop as a young man with a terrible, chronic cough. The herbalist, Sweet Cicely, advised him to drink a strong infusion of Yarrow tea. Sure enough, Tom drank a gallon of Yarrow tea, coughed up some horrible stuff, and his cough was never seen or heard from again. And that’s when Tom decided to become an herbalist! We’re glad he did.

Yarrow has a multitude of uses in the herbal world, and one of them is as an anti-catarrhal herb. This means that Yarrow helps to reduce mucous buildup in the body. And, as evidenced by Tom’s story, this herb helps to break up and expel chronic mucous from the lungs.

Yarrow isn’t officially classified as an expectorant, but it can be used alongside true expectorants to help enhance their effects. Yarrow is easy to grow and spreads rapidly in rich, well-drained soil. The flowering tops and, to a lesser extent, the leaves, can be harvested and dried for tea.

Marshmallow is a true friend to the lungs, especially during times of coughing, infection, and respiratory inflammation. Marshmallow has a high content of mucilage, which is a soothing, moisturizing substance contained within the herb. Marshmallow is known as a demulcent herb, which means that it soothes and protects irritated tissue.

You can use both the root and the leaf of the Marshmallow plant. The roots contain more mucilage than the leaves. Marshmallow is excellent for soothing and moisturizing an inflamed, irritated respiratory system. It is often mixed with other herbs such as expectorants, astringents, anti-tussives, and anti-microbials, to help clear up and heal respiratory infections.

Marshmallow is an excellent alternative to Slippery Elm, which is another soothing, mucilaginous herb. Slippery Elm is a tree, and it is becoming threatened in the wild. Marshmallow is a more sustainable choice, and you can grow it in your garden. It grows readily in moist areas of shade or partial sun.

Osha is a native North American herb that grows at elevation in rich mountain soil. The root of this plant has been used for thousands of years to treat colds, flus, coughs, phlegmatic conditions of the respiratory system, fevers, and other body systems as well. Unfortunately, Osha is very threatened due to over-harvesting. It is very difficult to grow this plant outside of its native habitat of deep, moist soils between 9,000 – 10,000 feet.

Osha has been called “bear root”, because bears have been observed to eat it after emerging from hibernation, or when they’re wounded or sick.

In small quantities, Osha is a tonic for the respiratory system. In large quantities, it is a powerful anti-catarrhal. Osha increases blood flow to the lungs, relieves congestion, and encourages oxygen uptake in the lungs, helping us to breathe easier during times of respiratory distress.

Osha is strongly anti-microbial and helps to fight infections, clear mucous, and gently heat the respiratory system to stimulate healthy function and clear fevers and coughs. Osha can also be used in conjunction with other herbs to help treat asthma and open the bronchial passages.

Osha should not be taken by women who are pregnant or nursing.