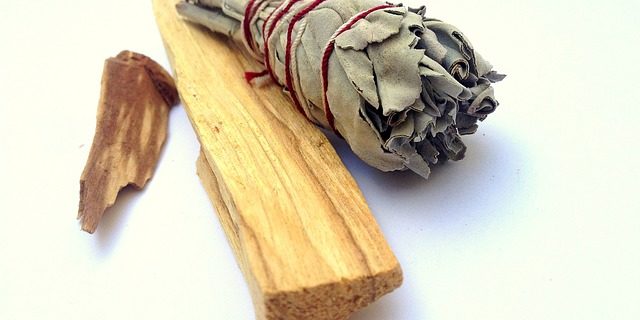 Twice a year, first in January, and then in Spring people seem to feel a desire to cleanse both themselves and their homes energetically. There is a reason for that. January is the time for all things new and fresh starts and everyone knows the old phrase “spring cleaning”. Yet this is not just an American phenomenon. Most countries and even most religions have their own purification and blessing cultural traditions which are a treat to explore.

Japan – The Ritual of Harae

According to the myth, while Amaterasu was supervising the weaving of the garments of the gods in the pure weaving hall, Susano-o broke through the roof and let fall a heavenly horse which had been flayed. This startled one of her attendants who, in her agitation, accidentally killed herself with the loom’s shuttle. Amaterasu fled to the heavenly cave Amano-Iwato. Susano-o was subsequently expelled from heaven and Amaterasu’s sovereignty resumed. The traditional Shinto purification ritual harae is represented when Susano-o is removed from heaven.

While the purification ritual with water has removed most negativity, the remaining negativity can be removed using the ritual with barley flour dough. The teacher has previously blessed this dough and gives a portion of the dough to each student. You should hold the dough in your right palm, and while reciting a mantra. Touch the dough at your third eye, throat, and heart, as well as any location that has pain, blocked energy, or which needs purification. Then imagine all negativity being absorbed into the dough as it touches each spot. The dough attracts and pulls the negativity from us.  After this is completed, all the dough is collected together and placed in a bowl. Then imagine that all the negativity from the environment, from all humans and other sentient beings, and from all non-physical beings, is being absorbed and drawn into the dough. The dough is then taken and thrown to the west, symbolizing its removal, as the Sun sets in the west. Buddhists imagine that the power of all Buddhas is used to remove all the absorbed negativity to the west, and finally that it is totally eliminated.

The ritual for a Catholic home blessing and exorcism includes pages and pages of prayers to recite.

The following items are required and need to be on hand as this prayer is recited:

Proceed to bless each room in the house, beginning with the attic and moving down through each room to the basement. In each room offer the Triple Blessing:

The “Sacred Smoke Bowl Blessing” is a powerful Native American cleansing technique. It is a ritual to remove negativity. Smoke attaches itself to the negative energy and removes it to another space. Cleansing is the word traditionally used, but you can think of it as a shift in energy from any bits of negativity to a more positive, peaceful state. Smudging can be used to cleanse an object, a place, or your spirit, mind or body. Native Americans often use smudging in association with other ceremonies.

Each part of the smudging “kit” and the smudging process signifies one of the four elements, that, when used, evokes the fifth element, life energy.

(This step is optional, but I find it works best when having to do large-scale energy clearing work.)

Take a bath with bath salts or a shower and utilize a salt scrub (you can make your own too!) While performing your ablutions, concentrate on any negative thoughts that come to you being washed (or sloughed off) away and down the drain once you emerge from the tub/shower.

Make sure as you dry off, you rub yourself vigorously with your towel, concentrating on renewing your vigor. Think only on positive thoughts about yourself, your life, and your home. Rubbing with the towel is like putting a polish on beautiful jewel. You are making sure the best parts of yourself shine through the inside out, raising your vibration. Now you are ready for home cleansing.

Before you begin, be sure the area is well ventilated because the smoke, carrying the negative energy, must have an escape route.

Light your white sage bundle and when the fire gets going, blow it out so it will smolder and smoke. Bring the smoke to you and roll it over your head, shoulders, and around your body. Send the smoke away with the feather (or if you cannot get a feather, you can use a large leaf or even a small fan.)

When effectively cleansing a house, the first step is always to clear the clutter. Yes, please go ahead and groan. Cleaning is my least favorite task in all the known lands, yet cleaning up your home is the best way to set the intention to clear and, after all, intention is the key to a successful clearing.

Purification is a ritual activity that has been commonplace in many cultures for millennia, each with a variety of methods and purposes. Many of these rituals contain water. In fact we perform a daily ritual of bathing that requires water too. So after “bathing” your house by cleaning it, combine two of the most powerful purifiers available: simple salt and water. Mix the salt and water into the shell until the salt has dissolved and place one quartz crystal in the shell, letting it sit for 10 minutes. Clear quartz crystals are known purifiers of negative energy. Next, starting at your front door, sprinkle droplets of the water at walls and doors and windows in each room of the house. You don’t need much, yet the intention that the salt and water is clearing any residual negativity works powerfully together with the action. You can use a sprig of sage, a feather, or even your fingertips to sprinkle the combination.

White Sage is my favorite sage to use in a clearing and that’s because the energy I feel around White Sage is so pure and light. White Sage has also been used in Native American rituals to purify as well. Start back at your front door again and light the smudging bundle or some of the leaves of the bulk White Sage and walk through the house, drifting the smoke over every wall, door and window until every room has been cleared.

Now that the house is clear, we’re just two steps away from being finished. The first is placing a ward. What’s a ward you ask? Does that mean we get a prize? Yes, you do! A ward comes from the phrase “to ward off”, meaning to keep that which is undesired away from the target area. When placing some wards around the house, your intention is paramount. Hold the remaining four quartz crystals in your hands and visualize them being filled with light and goodness. Next, place them in each of the four corners of your home. Alternatively, you can bury them in each of the four corners of your property if that feels right to you.

It isn’t enough to simply clear a house. Clearing creates neutral space. It has taken any residual energy, negativity, and feelings and cleansed them from the space. Yet neutral space is the perfect opportunity for any new energy to move right on in. Don’t let negative energy feel comfortable enough in that neutral space to create a home for itself in YOUR space. This is the fun part! The final task is to do what you love in your freshly cleaned, cleared, cleansed, and purified home. Do what you and your family or roommates love to do whether it be raucous laughter, blasting your favorite music and dancing through the house, singing, playing games, or praying. Infuse your house with YOUR energy so any energies that don’t resonate with the same love and joy that has made your house a home are instantly uncomfortable and either don’t enter or don’t linger long.

Rising Spring Energy: Herbs for the Liver and Gallbladder
March 25, 2019

Getting the Gut Ready for Spring
February 5, 2018